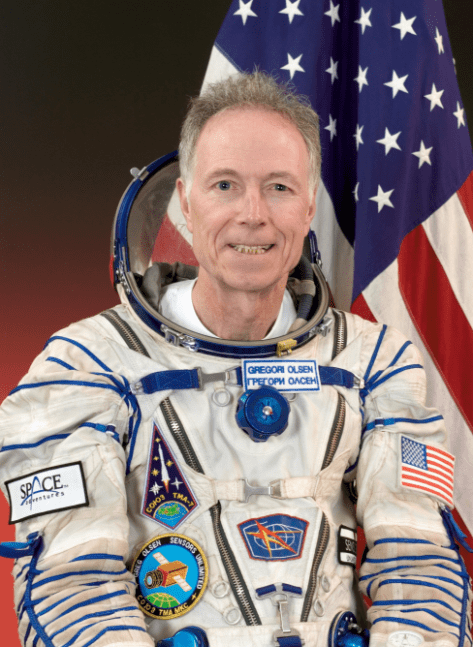 Apart from owning and running Olsen Private Vineyards, Greg Olsen, is an American entrepreneur, engineer and scientist who, in October 2005, became the third private citizen to make a self-funded trip to the International Space Station.

After training for five months (900 hours) at the Yuri Gagarin Cosmonaut Training Center in Moscow, he launched on a Russian Soyuz rocket TMA-7 on October 1, 2005 with Cosmonaut Valeri Tokarev and Astronaut Bill McArthur (Expedition 12). He then docked to the ISS on October 3, and returned to earth on Soyuz TMA-6 on October 11 with Cosmonaut Sergei Krikalev and Astronaut John Phillips (Expedition 11). He performed more than 150 orbits of the earth and logged almost 4 million miles of weightless travel during his 10 days in space.